Stockton, Calif. – Today, the Stockton Kings unveiled the team’s new logos and identity beginning with a school rally at Hong Kingston Elementary School. To celebrate its new identity, the Stockton Kings – along with the help of the Sacramento Kings – will tip-off a community action day following the school rally where the team will host a Jr. Kings Clinic for select Stockton Unified School District students, surprise residents and businesses with t-shirts, shopping bags and more Stockton Kings gifts, and join Mayor Michael Tubbs for his State of the City eve address.

“This new brand not only starts a new chapter for the Kings franchise, but also for the city of Stockton,” said Sacramento Kings Owner and Chairman Vivek Ranadivé. “Through sport, we aspire to positively impact the community and we look forward to partnering with civic leaders, businesses, school, and non-profits to continue to reinvent Stockton.” 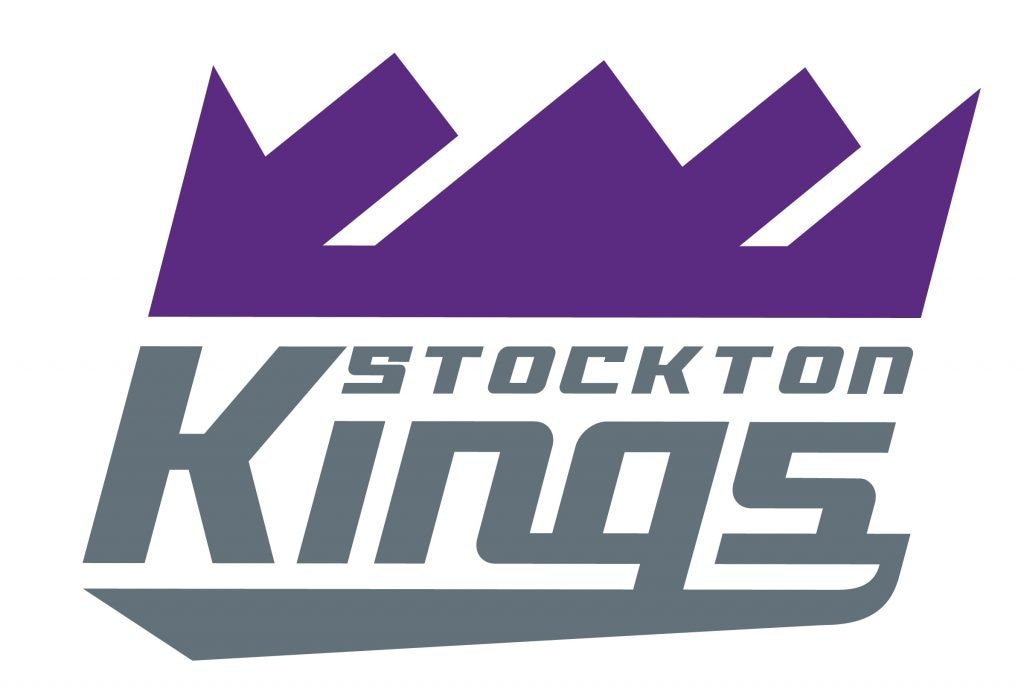 The new primary logo showcases the strong bond between the Stockton Kings and its NBA parent club in Sacramento. The aligned branding connecting the two teams visually indicates the level of talent and professional basketball coming to Stockton. The angled crown that tops the primary logo brings together the historic Kings crown and the current crown mark that represents Sacramento. A new scripted Kings wordmark updates the original markings from 1985-86 Sacramento Kings uniform – a team that forever changed Northern California, and signals the impact the Stockton Kings aim to have on the Central Valley.

The secondary logo salutes the pride of the region and its proud heritage as the gateway to the Central Valley, while creating a connection to nearly 100 years of Kings franchise history. Its shield dates back to the Kings roots in Rochester, representing nearly a century of passionate basketball fans. 209, Stockton’s area code, is now at the heart of the storied shield, emblematic of the next generation of spirited fans, and their immense pride in the region. A simplified wordmark features the angled Stockton Kings crown on top of a modernized version of the Sacramento Kings classic script.

Basketball fans will have an opportunity to secure their spot at Stockton Arena for the Kings inaugural season. On Sunday, June 3 at 11 a.m., the Stockton Kings will host a Select-A-Seat event where fans will learn about the benefits that come with a season ticket membership, as well as view and select available seat options while enjoying complimentary food and drinks.

For more information or to reserve your spot please visit www.kings.com/stocktonopenhouse.